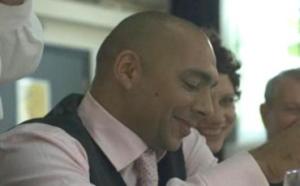 17 March 2013 marked six years since the death of one of the stalwarts of the campaign movement against deaths in police custody and abuse by police and prison officers in the United Kingdom.

Gilly saved three lives and restored the sight of two others when he donated his organs after his death in March 2007. Read more of this article here >

Gilly, who died suddenly aged 36, managed to cram so much into his own life and touch the lives of many in a positive, life-affirming way. For the last nine years of his life he had been senior caseworker for INQUEST, the charity that advises relatives of those who have died in custody.

Friend and colleague Kevin Blowe said: “As a campaigner and activist, Gilly managed to cram so much into his own life and touch the lives of so many others that it is almost too painful to imagine what more he could have achieved.

“As well as supporting victims of racist violence in East London while at the NMP, he worked for the Lawrence Family Campaign during the inquiry into Stephen Lawrence’s murder.”

Tippa Naphtali of 4WardEver UK/Mikey Powell Campaign said: “Gilly was a rock to our family when my cousin, Mikey Powell, died in police custody in 2003. Gilly made several trips to Birmingham to see us during those early painful months. He will be sorely missed, but the legacy of compassion and care that was at his core will live on through all those whose lives he touched.”

Posted in All News, Featured