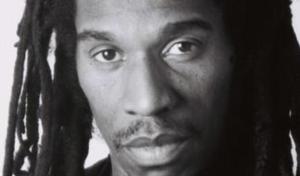 Poet and writer, Dr Benjamin Zephaniah, took time out of his hectic schedule to attend the inquest of his cousin Mikey Powell, who died whilst in police custody.

Zephaniah will be attending on Wednesday 2nd December 2009, and invites the press and other interested parties to attend a press conference with himself and other members of the family and legal team.

The inquest into the death of Mikey Powell commenced on 4th November 2009. It is scheduled to run until 16th December 2009. at Sutton Coldfield Town Hall, Birmingham, West Midlands.

Mikey was detained outside his mother’s house in the Lozells area of Birmingham on 7th September 2003. He was taken to Thornhill Road Police station.  He died at some point during his detention. Mikey was much loved and respected.  He was 38 years old and the father of three young children.

In an interview with The Guardian Newspaper in August 2006 Zepahniah said: “Earlier this week six officers were cleared of battery or of failing to treat Mikey with due care and attention. Of course, Mikey is by no means the first black person to have died in police custody. I can recite a terrible litany of such deaths, including Joy Gardner, Shiji Lapite, Brian Douglas and Wayne Douglas, all of whom died after being “restrained with the minimum necessary force.

“Unbelievably, one police chief suggested that there had been so many black deaths in custody because black people had weak necks. Over the past 30 years, more than 1,000 people have died in Britain in police custody. In that time, only two officers have been convicted as a result.

“Back in 1969 David Oluwale was found dead in the River Aire. The judge ordered the jury not to find two Leeds policemen guilty of manslaughter. In the end, both officers were found guilty of assault and of urinating on Oluwale while he slept in the doorway of a shop. The officers who killed Charles de Menezes on the tube are already back at work”.

The inquest is being heard by HM Coroner (Assistant Deputy Campbell) for Birmingham.