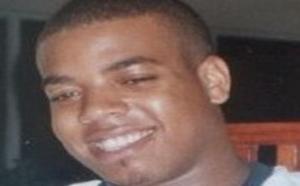 The Crown Prosecution Statement has just announced it will charge a retired Metropolitan police officer with the murder of Azelle Rodney.

The Director of Public Prosecutions Alison Saunders said in a statement:

“We have carefully considered the new file of evidence submitted to us and have decided that a former Metropolitan Police officer, currently identified only as E7, will be prosecuted for murder.”

It’s been a long tough fight for the family of Azelle Rodney to get to today’s unprecedented announcement.

His mother Susan Alexander has been confronted with a seemingly endless series of legal hurdles to try to get to the truth about how and why Azelle Rodney died in a volley of shots during what in police parlance is called a “hard stop” on at a busy junction in North London.