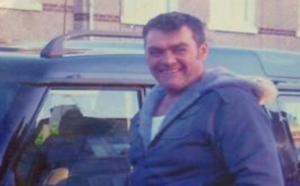 The family of a grandfather who died in police custody today spoke of their relief at the truth finally emerging at an inquest into his death – that he had died while being transported in a police van.

Relatives spoke after members of a jury said they believed Lenny McCourt, who had been pepper sprayed during his arrest, died in transit on the short journey between his home in Ash Crescent, in Seaham and Peterlee Police Station, County Durham.

Mr McCourt’s sister-in-law Tracey McCourt, speaking on behalf of the family following the 11-day hearing in Crook, said: “They are the best words that could have been said. Because it is what we have always believed – that Lenny died in the police van.

“We feel the truth has come out. All the issues that concerned us have been covered. We are now awaiting police disciplinary hearings.”