The complaint is that the Chief Constable’s report to the West Midlands Police Authority on 25 March 2010 entitled “The Organisational Response to the Death of Michael Powell and Linda Burt” was misleading. The issues include:

The Report was misleading about the findings of the Inquest jury in relation to when and where Mikey died.

END_OF_DOCUMENT_TOKEN_TO_BE_REPLACED 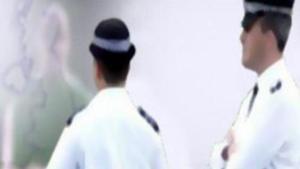 Police and other authorities can now be prosecuted over deaths in custody in England, Scotland and Wales. Legislation which has now come into effect means police forces, the MoD, UK Border Agency and private firms managing people held in custody can be prosecuted for corporate manslaughter.

The main legislation came into force three years ago but ministers gave public bodies which hold people in detention until now to prepare for it. Campaigners have welcomed the change. Corporations can already be prosecuted for corporate manslaughter or for the equivalent offence (corporate homicide) in Scotland.

The extension of these offences to public bodies involved in detention means they could be prosecuted if they failed to ensure the safety of someone in their care.

END_OF_DOCUMENT_TOKEN_TO_BE_REPLACED

Long before the criminal trial and the Inquest, Mikey’s mother Claris and other family members issued claims against the Chief Constable of West Midlands Police because of Mikey’s death.

Once the Inquest was finished the family served details of their claims on the Chief Constable – this is the next step towards a trial in the High Court.

The details are based on the evidence at the Inquest. The Chief Constable gave his defence on 25 June 2010 – he denies more or less everything.