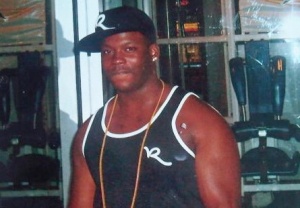 Four police officers at the centre of a probe into the death of father-of-two Kingsley Burrell will not be prosecuted.

Burrell, a 29-year-old trainee security guard, died at the Queen Elizabeth Hospital in Birmingham, four days after being arrested by police on March 27, 2011.

His family said he dialled 999 for help because he felt he was being intimidated by a group of men while out walking with his five-year-old son. However, officers detained him under the Mental Health Act. He was later admitted to the Mary Seacole Mental Health Unit before being transferred to the Queen Elizabeth.

It took more than four months to suspend the officers involved, sparking outrage from Burrell’s family.

Speaking to The Voice shortly after his death, his sister Kadisha Brown-Burrell said she was angry about the delays.

“His children have been left without a father,” she said. “My brother wasn’t here to celebrate his birthday and those responsible work as normal like nothing’s happened. It’s taken far too long for the police to reach a conclusion. Kingsley has still not been buried.”

Posted in All News, Mental Health, Other Custody Deaths