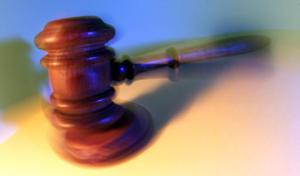 An inquest jury into death of a Birmingham dad who died in police custody was today considering its verdict. The jury retired yesterday after hearing almost six weeks of evidence in the case of Michael Powell.

The 38-year-old died after collapsing in a police cell in September 2003. Police were called to the home of his mother in Lozells, after reports that he was causing a disturbance.

The inquest has heard how the father-of-three was hit by a police car and sprayed with CS gas spray before being restrained and put into a police van.

He arrived at the station about six minutes later and was placed on a mattress in a cell. Officers noticed he was not breathing and called for an ambulance while trying to resuscitate him but he was pronounced dead hospital.

The jury will resume its deliberations at Sutton Coldfield Town Hall today.

“After a long and emotionally exhausting six-week inquiry Mikey’s family are anxious for the jury’s verdict. Formal press statements will be issued by the family and legal team as soon as the inquest concludes”.

3 thoughts on “Jury in inquest sent to consider verdict”